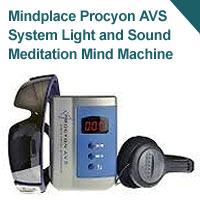 In the Inception Movie (staring Leonardo Dicaprio as Cobb) they use totems, to determine if they are in a lucid dreaming state or in their current reality. The inception totems are designed by them, and only they know the exact weight and expected outcome of the totem when they put it into play.

For example, Cobb uses a small spinning device. When he is in the real world, the device will spin and eventually stop. When in a subconscious mind dream state it will continue to spin endlessly. Everyone in the movie, as well as more than a few lucid dreamers, has their own totem which cannot be touched by anyone else – therefore if you want your own inception totem, you’ll have to make it yourself!

While I’ve never heard it called an inception totem before, reality checks are very much a part of the lucid dreamer’s world. When you’re learning how to have lucid dreams, it’s important to know exactly when you are in a dream so you can take control of the dream, and when you’re in real life – in real life you can’t jump off a building and live!

Reality checks can come in the form of a small device, as is used in the Inception movie, or they can be as simple as something you do or say to yourself that lets you know you are not dreaming anymore. A good example would be a screen saver on your computer that interrupts you every so often and makes you do a reality check. And vice versa, when you’re dreaming, you might see clocks that are upside down (hint: watch out for these in the Inception movie so you can tell when they are actually dreaming – it gets very confusing sometimes).

As you can tell, Reality checks are VERY important to the lucid dreamer, and should NOT be taken lightly. If you’re into Lucid dreaming or interested in it, you will probably like the Inception movie. I will warn you though, there is a LOT going on at any given moment so you’ll have to play close attention. It’s a thrilling action-packed movie and I enjoyed it a lot, but wished I would have planned to have a drink with my friend who went with me after – there’s just so much to discuss and talk about in the world of inception lucid dreaming. Don’t feel bad if you want to see it a second time to catch all the stuff you might have missed. . .
Feel free to leave a comment below to discuss your view of the movie.

Have Someone Elses Lucid Dream?

After I read a few reviews about the Inception movie I just had to go see it myself. In the review I read, the movie critic was very confused; said he couldn’t follow the movie; said it was hard to determine when the actors where dreaming and when they were awake; and said he wouldn’t recommend it.

But I beg to differ! Even if you didn’t know about inception and/or lucid dreaming, if you’re going to watch a movie about people getting into each others subconscious on a variety of different levels, you better be prepared to be ENTERTAINED! After all, isn’t that what Lucid dreaming is all about?

Even though the term “lucid dreaming” isn’t actually mentioned in the movie, lucid dreamers everywhere will recognize that that’s what is actually happening in the inception movie, starring Leonardo Dicaprio (as Cobb), who is the instigator of the subconscious prowling.

The term inception lucid dreaming is not one that is fully recognized and was probably made up for the movie. But the main plot (without giving too much away) is that instead of getting into your own dreams to have a little fun (as in regular lucid dreaming), you get into someone else’s dreams, go on a particular mission, and take a few other people with you.

In the Inception movie, Cobb has been accused of a wrongdoing and can never see his family again – UNLESS, he does one more job. He must use inception-lucid dreaming to PLANT an idea into Fischer’s (Cillian Murphy) mind. This has only been tried once before by Cobb and he failed miserably the first time. Apparently in order to plant an idea, you need to go down THREE levels of dream stages. And that’s where the fun and confusion begin.

If you’re not paying attention, you’ll lose sight of which level of the dream the inception lucid dreamers are on. Oh, I forgot to mention that there are bad guys in the movie that come out of Fisher’s subconscious mind to protect him. The other dreamers were not aware that he had been trained by an expert to call on his thugs if anyone tried to break into his mind and get into his subconscious dreams. And that’s where the action in this adventure starts – again!

This is a very action packed movie. I was sitting on the edge of my seat for the entire time. Unfortunately, you won’t learn how to have lucid dreams by watching the inception movie, but if you weren’t a lucid dreamer before you went to the movie, you just might come home yearning for a little action while you sleep. I do believe I might just take Leonardo Dicaprio into my Lucid Dream tonight!